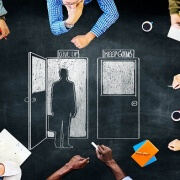 Why you may want to try again…

It is all too easy to presume that things should work first time, but often they don’t, and often you’re just going to have to try again… so here’s some reasons why you should.

We’ve all been there, haven’t we?

The excitement of trying something new, telling our friends and family, getting started, it’s all so very fun… for a little while at least.

Then something happens, maybe your plan just doesn’t work, maybe you hit setbacks before you even really get started, perhaps someone lets you down…

So, it didn’t work the first time, why should you try again?

Let’s face it, failure doesn’t feel great. Often, after encountering a setback, we can find ourselves asking if we give it another go… here’s some reasons for considering why you should.

#1 Recognise that this is part of the journey

Are the challenges part of the process to achieving your dream?

In a world of flashy advertising and instant social updates, it seems that the true path of how goals are actually achieved, can easily be forgotten. The truth is, growth is rarely linear, speed bumps happen. More than just happen, those challenges and setbacks are actually part of the process.

A wise friend a few years back told me something along the lines of, “don’t ever consider someone successful until you look at what they did in the journey to achieve where they got to… because what appears successful, sometimes isn’t.” Those words have stuck with me ever since, and have helped develop a greater appreciation for the journey of achieving goals, the value that it brings and the longevity of the results at the end.

To put a very practical example to this, part of a pilot’s training covers engine stalls, rough weather and other unfavourable scenarios. This is done to ensure that when you fly with that pilot, that he is able to get you to your destination safely, regardless of what unforeseen circumstances may arrive. If that pilot had graduated flight school by only completing the ‘favourable’ components of flying, would you want to fly with them? 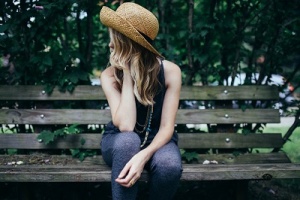 #2 Challenges are part of the bigger goal

Often what we think we’re aiming for, is only part of something bigger. For instance, saving for a home is great, but more than just buying a home, is the process of becoming a home owner. Being a home owner, carries with it certain responsibilities and management, beyond just being able to pay for a piece of real estate.

Some challenges, are actually the training ground for developing the skills to be the person who owns the result of our goal.

#3 – Check you actually want this dream

The saying “you can be whatever you want”, could probably be more accurately stated as, “You have whatever you are willing and able to pay the price for.”

Some goals, when realised, come with commitments… if you’re not willing to pay the price to achieve the goal, then you may struggle with maintaining the object of your endeavours.

There are times that we don’t actually know how much we want something, and whether we’re ready to pursue it, until our resolve is challenged.

Was thinking the other day about the phrase ‘Knight in shining armour’, and thinking that the Knight whose armour is always shining, perhaps has never taken down any dragons.

The best preparation ground for the future you’re believing for, is the challenges you’re facing today. So don’t worry if the armour/pride gets a little dinted on the way, as long as you keeping pushing forward.

Am repeatedly impressed when I spend time with people who have achieved significant milestones, just at how down to earth they are, and little they feel the need to dazzle anyone with flashy appearances. This is another great reason to hang out with people more successful than yourself, as their stories of challenges, will quickly help you put yours in perspective.

In the movie Cool Runnings, about the first Jamaican bobsled team, there is character, Sanka, who demonstrates this principal perfectly. Whenever they crashed or had a setback, one of his teammates would ask him, “Sanka, you dead?” to which he would initially reply “Yeah man”.

For the climatic scene of the movie, when they’ve crashed in their Olympic race, destroying all chances of a medal, again he is asked, “Sanka, you dead?” This time however, he responds “No man, I’m not dead. But I have to finish the race.” The fact that they got up and finished gained them the recognition they’d been fighting for, and paved the way for a continuation of bobsledding for Jamaica. As big of a focus the Olympics has on who wins the gold medals, some of the greatest moments in Olympic history belong to those who just refused not to finish.

So, if you’re not dead, get up and at least finish the race. #6 You are another step closer

In my first sales job, I was selling door to door on a commission only basis… so it was a role not without its setbacks. One day I came across a small retail area that had about 30 businesses in it. At each one, I was told “no”, “not today”, and “go away!” When I approached the last business, it was a convenience store, a store type which I’d previously been classically unsuccessful in completing a presentation to.

Nonetheless, I persisted, and gave it a go. The result was the largest sale that month, signed and paid on the spot.

Afterwards I wondered, what would have happened if I had let the 29 times I heard ‘no’ get in the way of approaching that business? I would’ve missed out on the sale, and the business owner would’ve missed the solution he wanted. Later I realised just how much closer each setback was bringing to me to what I was after. If I divide the commission I made into the 30 people I spoke to, those 29 times I heard I know was actually quite profitable.

The lesson, your setbacks could be a setup for getting you what you’re after.

#7 Go again, just because you can

So why not try again? 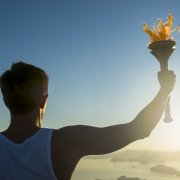 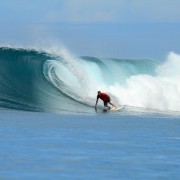 Knowing whether to persist or quit... lessons from waves and rips

7 Keys to selecting the best books for you to read

11 Benefits of stepping outside of your comfort zone