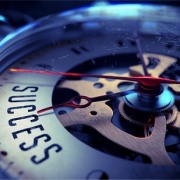 Successful People Have These 5 Things In Common

Why is it that some people are more successful than others? What separates a successful person from everyone who wishes they could achieve what they did?

Or better still, is there even any difference at all?

Well yes, there is a difference between a successful person and everyone else… and some similarities that we all share.

So after having had the privilege to talk with many successful people in all areas of business, community service, leadership and physical achievement, I’ve noticed a few commonalities that they all share…. Without fail. 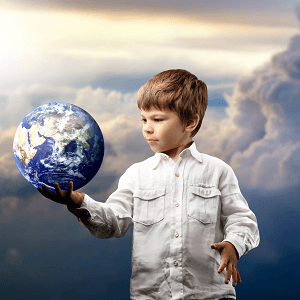 Every successful person I’ve ever known has:

Only 24 hours in each day

Now if you see the insane amount of stuff that some successful people get done, this one can be really hard to believe… but believe it or not, no matter what the achievement, it was done by someone who only had 24 hours in a day!

The great news is, that last time I checked, you also had 24 hours in a day… guess you share at least trait with every successful person who has ever lived.

A significant reason not to succeed, or a valid reason why they shouldn’t

Why is it that our own excuses always seem so much more valid than everyone else’s?
After all, we’ve got some very good reasons why we didn’t land that role, hit our target, lose that weight, etc., etc.

Then there is Thomas Edison who failed 1000 times to invent a workable light bulb (aren’t you glad he didn’t stop at 990).

Oprah Winfrey who was a single mum at 14 and after a childhood of abuse, made different choices, and has now had incredible impact on many many thousands of others, and continues to do so.

Then there’s Richard Branson, who despite being dyslexic, has somehow ignored the limitations of his diagnosis to create global empires, get knighted and even write books! One would have thought that dyslexia would’ve surely at least hampered the ability to write books…

Oh, and Vincent Van Gogh who created over 900 works of art… we all know him now as a famous artist, but what encouragement did he get? During his entire lifetime, he only sold one painting. There’s a great example of someone who didn’t need the approval of others.

In fact, I challenge you to find me one example of anyone, ever achieving something great, that didn’t need to first overcome something intimidating… Research this long enough, and you may start to wonder if your problem is that you haven’t faced enough challenge, rather than the opposite.

Successful people have examples of stuff that didn’t work

Ever had one of those embarrassing failures, one that proved beyond a shadow of a doubt that you should NEVER try again? Or at least… it felt like that was the lesson…

Bill Gates, long before all his current humanitarian projects, funded of course, by his success with Microsoft, had a stunningly classic failure. Along with his business partner at the time, Paul Allen, they had a device to end road congestion by processing traffic tapes. In their first sales presentation, they even failed to get the product working… so clearly not a great success.
Now that both Gates and Allen are both billionaires, it is doubtful that they really believed their failure was a true reflection of who they were…

Perhaps that’s the lesson, failure isn’t personal, unless you make it personal… Thomas Edison, when asked about his 1000 failed attempts to find a suitable filament to make the light bulb work, proudly declared that he hadn’t failed, but instead discovered 10,000 ways that didn’t work.

Ever taken a wrong turn when driving somewhere new? You’re not alone.

Got some examples of trying stuff that didn’t work, perhaps even failed miserably? You’re in great company.

A determination to do it anyway

So, if every successful person, shares your time constraints, has valid reasons not to succeed and even a few proven failures, how on earth do they do it?

Well, that’s the point, they do it anyway!

The fact is, that we all have limits, challenges, and circumstances that are outright offensive to where we want to go and who we want to be…

Thus there is a choice, we can choose to get offended, or you can go on the offensive, knowing that whilst everyone else is making excuses, you’re taking ground and getting to where you really want to be. Even now as I write this, I could be watching TV, playing games, or any number of other things… instead, I thought I’d attempt to hold your attention long enough, to remind you that you’re awesome and you share many traits with the finest champions this planet has ever known…

Of course, what you do with these traits is entirely up to you.

Finally, I’m amazed at how many clever, insightful and educated people, seem to settle for seeming mediocrity that is well beneath their true potential. In an era of such compounded opportunities, a wealth of information and tools of extreme leverage, how is it that success still manages to elude so many? Especially when of the most successful people really didn’t look like they were going to make it before they did.

When I look at those that achieve in all areas of endeavour, I realise another common trait… choosing action over analysis. Now I’m sure that this sometimes contributes to failures along the way, but even though that may happen, success will never happen without action.

So in spite of the time challenges, circumstances, all kinds of hurdles, perhaps even failed attempts… what does success look like for you? What would you like to achieve?

You share a bunch of traits with other successful people, so perhaps it’s time to give it a go, or another go. You already have so much in common with successful people that have gone before you, you might as well share this trait as well.

For you to be the successful person you can be, what are going to do now to make it happen?

What is the label on your challenge